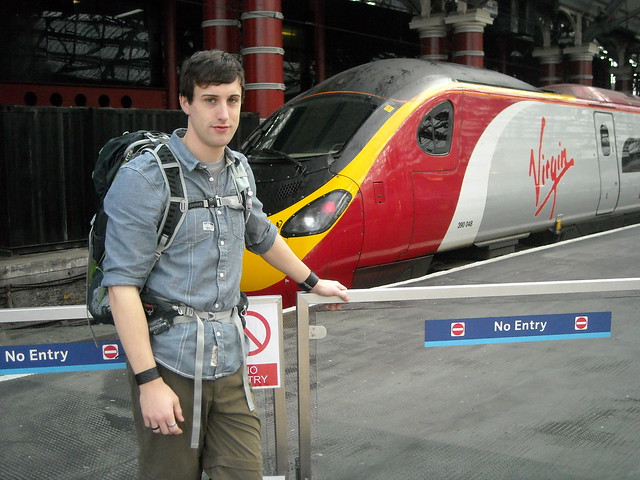 My journey to Southern France started early morning on Sunday 30th October. I got the train from Ormskirk to London Victoria with two connections in Liverpool, one in McDonalds for the new breakfast wrap and one in Lime Street to catch my train to London. I travelled in first class of course, I know what you’re thinking but for an extra four pound it was a no brainer!

Arriving in London was particularly interesting; I got to ride the tube for the first time which turned out to be a lot easier than I thought. I arrived at St Pancras station swiftly and was instantly hit with the hustle and bustle of commuters and a fair few people staring blankly at the time boards.

A lot of people who have never experienced a hostel might think you sleep on the floor with a rug pulled over you shivering in the cold. Contrary to this belief it’s not bad; the hostel I stayed in had bump beds with clean linen. The only thing you had to remember to bring was your ear plugs. Ear plugs are essential kit in the fight against the chronic snorer, so be prepared, fortunately I was. 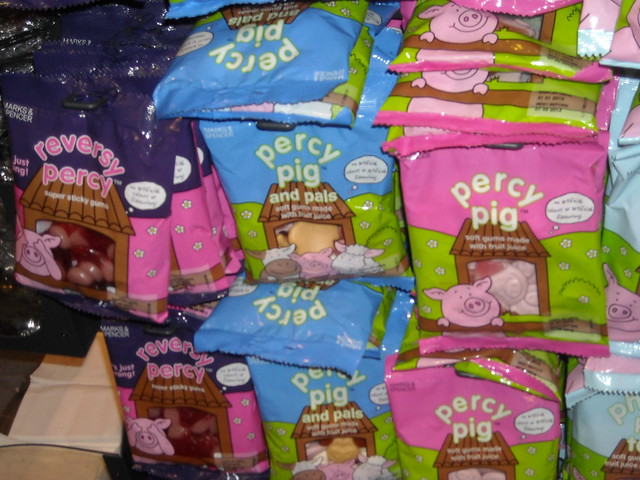 I woke early in the morning, and to my surprise a few people were awake also, it was 5am and it didn’t take me long to realise why After removing my ear plugs I was welcomed with the sound of extremely loud snoring. I felt so sorry for the other guys.

I made my way over to the Euro Star check-in and got some breakfast which consisted of a few delicacies my mum had prepared the day before in a little goody bag, chocolate being one of them.

Checking in and getting on the train was a breeze and I was soon on my way to Paris. The scenery was boring for most of the journey, just a bunch of tunnels and high hills either side of the track, it was only until we entered France could we see the true beauty of the countryside,  la bonne vie!

Trouble on the Metro

After arriving in Paris Nord I had just over an hour to take the Metro to another train station to catch the TGV through the midlands to the south of France, this is where the nightmare began.

Buying a ticket for the Metro took ages, first of all I had some guys trying to scam me in the line with fake tickets they were pulling out of the bin, then I had some woman in front of me trying to put the same rejected coin in over and over again. I managed to get some French woman to tell her to move out of the line as I was going to miss my train, this same woman also helped me buy my ticket, she was a great help!

I was finally on the Metro heading towards my destination when at one of the stations everyone was told to get of the train as there was maintenance on the line, just my luck! Some man speaking French told everyone which line to take to continue on their way. I had to wait until the end of the queue so he could translate in English, time was ticking!

A slight panic was starting to kick in and after about 15 minutes I finally managed to get on the right train but I was running seriously low on time and was now panicking. I seriously thought I was going to miss my train. I had to run from the last station all the way to the TGV departure point. After shouting excuse me in French to everyone as I pushed past them I arrived just on time but in a right mess sweating and out of breath. After boarding the TGV I could finally relax, the scenery throughout the journey was beautiful and I was treated to more of the glorious French countryside, I also got to practice a bit of my French when ordering some food which was fun. 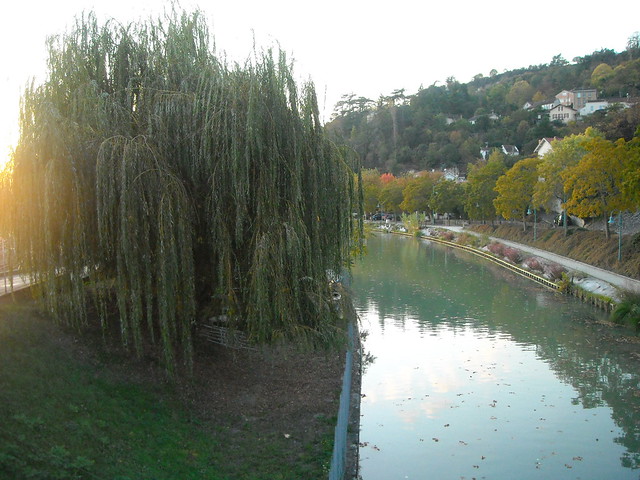 After about 4 ½ hours I was in Southern France and wandering around the town of Agen waiting for my bus. I sat by the canal and ate my toffee apple to the bemusement of some local French passers-by.

My bus arrived a few hours later, it was a little mini-bus which took me on a hour long journey through some dark winding roads which led deep into the countryside heading towards the town of Condom. 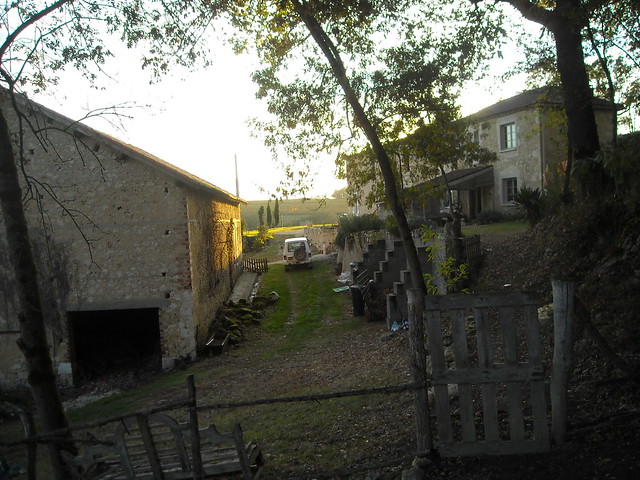 When I arrived in Condom I was met by my HelpX host Deborah who gave me a lovely warm welcome and a journey through some more winding roads to my home for the month. The house is an old classic French farm house with beautiful brick work and windows. I was sleeping in the living room on a big double bed which I was surprised at. I met Deborah’s husband Keith who immediately pulled a beer out of the fridge – could these people be any more welcoming! I’m going to be working here for a month so will be posting a few updates of some pictures and videos so you can see where I am staying and views of the surrounding area.

Hope you enjoyed my first update, you can view all my photos here, much love, Jonathan x.