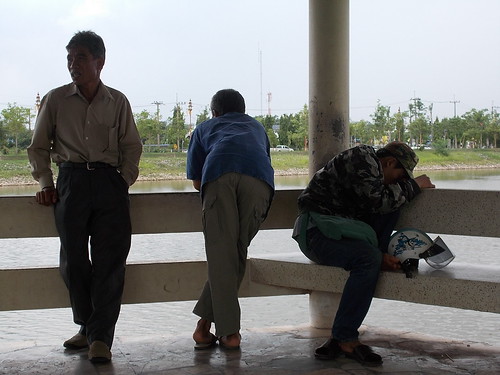 The road from the border led us down into the town of Udon Thani where Tom would depart to Bangkok. We spent our last day together walking around town trying to find a big lake which was the town’s main attraction. When we finally arrived it was pretty much a hole in the ground filled with water and a total lack of greenery. I insisted we stay for a while to try and appreciate something that the locals seemed to congregate for, but the sky was dark, and it eventually started to rain making the scenery look even grimmer. 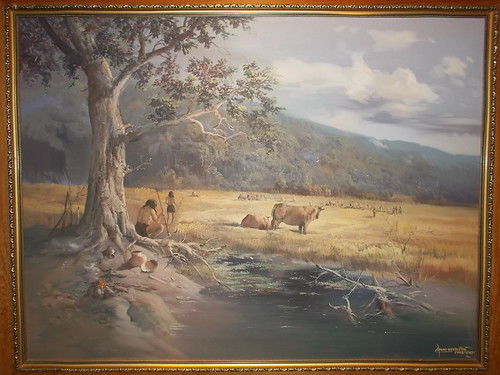 Tom decided to go shopping and I went to the history museum. I had a fantastic time immersing myself in the many paintings, some depicting a pre-historic era of the province. The painting above was my favourite. It made me think about the roots of our evolution. It made me long for the open countryside and a simpler life. It stirred up deep emotions and tickled my adventurous nature. On the way back to the hotel I stopped by the Tourist information centre to act on my instincts. Another of Thailand’s National Parks was within a few hours’ drive and it was just the adventure I needed. 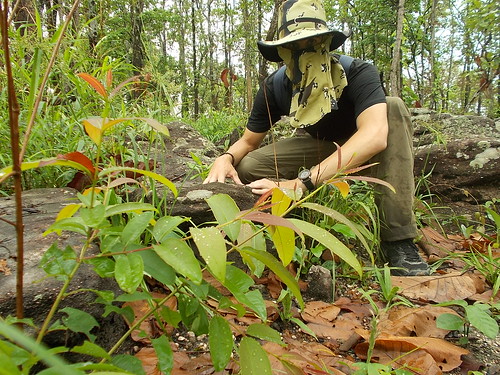 It had rained all day, making road conditions really bad, and my clothes very wet. I stopped once on my way to the Phu Phrabat National Park. It was at a small shop where I picked up a cool commando hat that I had seen Thai people wear to stop dust going in their face from passing trucks. It kept the rain out of my eyes and was a good purchase for my continuing journey. I enjoyed wearing stuff the locals would wear. You can take it from me that Thai people do not go around wearing them stupid fishing pants that tourists consider to be local garments. It’s comparable to thinking British people still wear top hats. 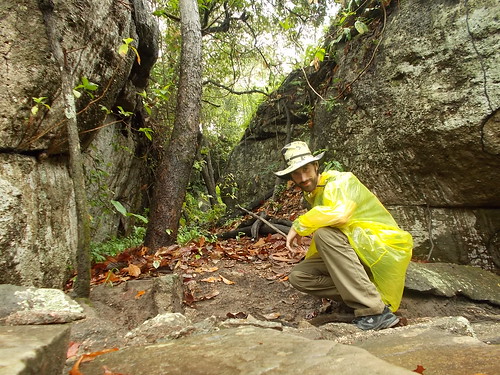 When I arrived at the National Park I couldn’t wait to start exploring. The park was well known for its interesting rock formations and you could supposedly still see rock paintings dating back to pre-historic times. Off I went with my waterproof yellow lining draped over me and my commando hat pulled down leaving just enough room for my eyes to investigate the new world around me. 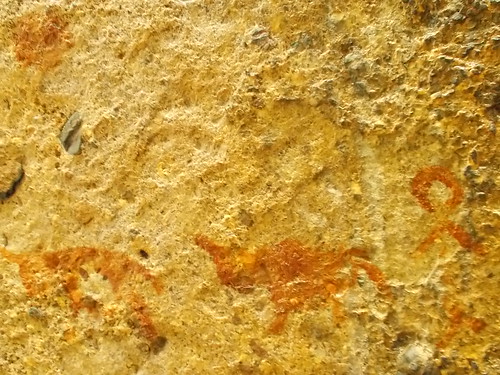 The dull weather gave the place character and fitted quite well with the striking formations. There was also quite an atmosphere in the air giving a sense of mystery and depth. I worked my way through the trail using my camera to capture things of interest and beauty. Creepy crawlies, dark boulders of religious dwellings, and a glimpse into the past when I finally caught sight of some faded rock paintings beneath an overhanging boulder. It surprised me that something so dated would be left unprotected from degrading weather conditions and possible damage but surprisingly it was left like it was first discovered for all to see. 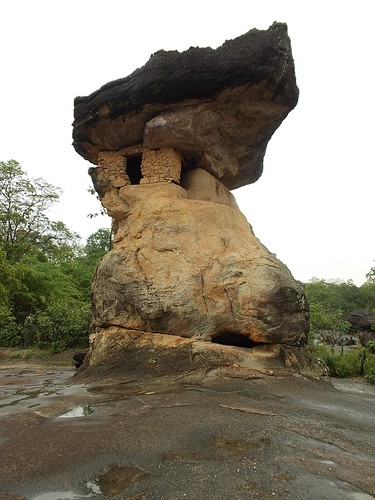 I must have walked around the park for three to four hours. I only ever saw one person and they passed by in a blink of an eye. I did at one point get a bit lost and ended up going around in circles for nearly an hour, but it was all part of the adventure and I was soon back at the park’s headquarters feeling a lot drier than when I had first arrived. I felt very lucky to have discovered this place. It was certainly in the middle of no-where and from its high vantage point, the park had sheer drops into the forest as far as the eye could see. It was a place of great beauty with enough history to send your mind plummeting back to the early ages. It was another great experience in Thailand’s extensive list of incredible National Parks. 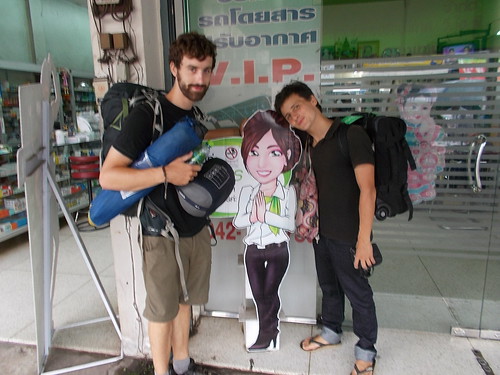 It was not long now until the arrival of my beautiful girlfriend Louise who I was picking up in Bangkok at the end of the week. With the map sprawled out on my bed I scanned South of my location for any points of interest. Chaiyaphum was a small town not far from Bangkok, situated in between two big National Parks, one said to contain “the Stonehenge of Thailand”. I was sold. Bag packed, I set out towards the station to find my next ride. Freedom had never felt so good.