Fun and Games on the road 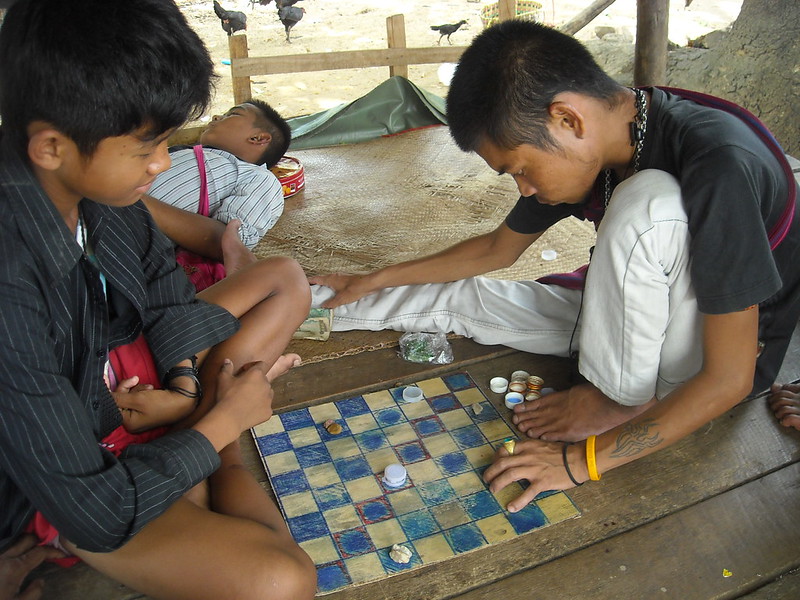 A spontaneous game of Dama
Quite a crowd started to gather around the table. Men of course – We were sitting in a café in Morocco where the sight of a woman would cause quite a stir. My opponent looked flustered as people hailed his next move and what should have been his last! I sat peering under my cap, watching his eyes as I made my attack. His eyes widened slightly and my confidence took another step forward. A rustle of whispers ensued, and then silence. Suddenly his hand lurched forward, grabbed his piece and bounced it three times over mine, clasping together three of my brave warriors and setting them aside on the table. That was the last thing I remember of the game as what followed was another flurry of attacks with the support of the crowd behind him. It was soon a lost cause and I reached out my hand to congratulate my opponent on his victory. The crowd subsided and I packed up the pieces and continued to drink my café au lait. 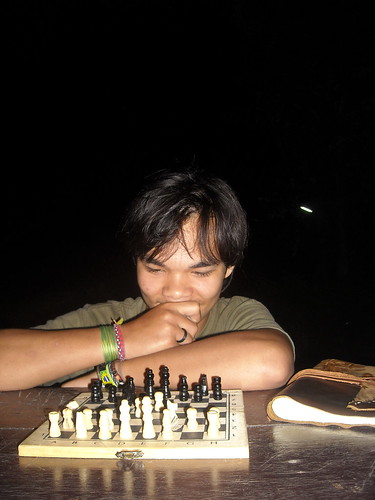 The game of kings in the jungle
We sat on the balcony of a stilted hut, deep in the forest, close to the border to Myanmar. The sound of cicadas rang through the surrounding jungle and out into the clear night sky. The lantern flickered ever so slightly as a wisp of wind broke the humidity in the air. The intense atmosphere had built from two hours of playing and neither piece had fallen victim to being captured. The buzzing mosquitos where plotting their attack too, held off for the moment by the burning of repellent. After long consideration I pushed my pawn forward, daring to let go in fear of deception. As if from no-where a hand came down at crushing speed to squat a mosquito. The pieces wobbled then fell in a disorganised manner. We tried desperately to put them back to their original stance but it was too late, it just wasn’t the same as it once was. The atmosphere dwindled and we succumbed to tiredness. The battle would commence the evening of next. 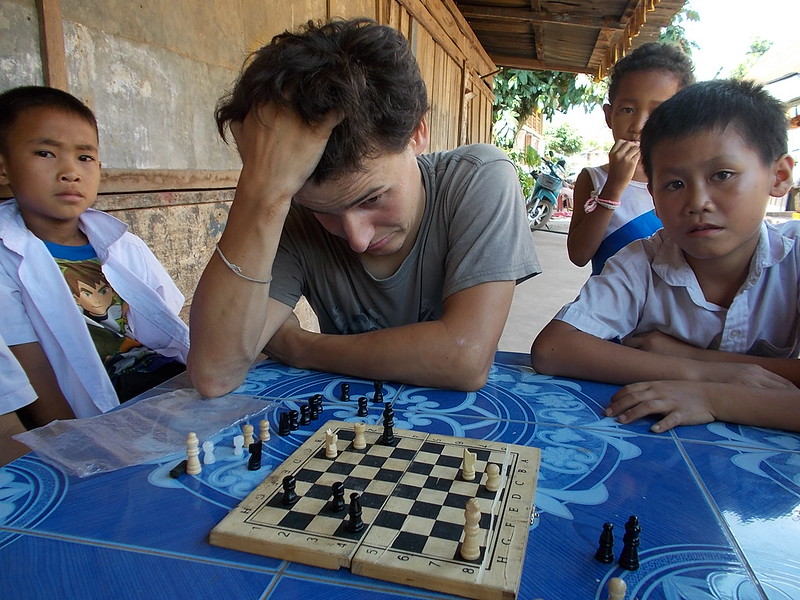 As you can probably tell I have very vivid memories of the games I experienced whilst carrying my chess board around the world. Even if we couldn’t speak the same language it provided a means of getting to bond with a complete stranger which is always welcomed by the solo traveller. It was especially fun in Morocco to break the ice with the locals who love a good game of Dama.

I would love to hear of games you carry along in your backpack and some of the experiences they have created for you.