Hitchhiking in Thailand – don’t be afraid! 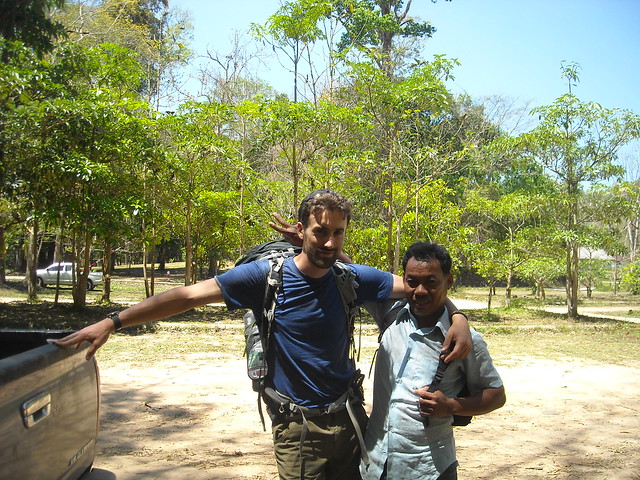 This cool guy took me to Um Phang Wildlife Sanctuary.

Hitchhiking has been around for quite some time now. It basically involves standing at the side of the road trying to flag down a car to give you a ride to or towards your destination, usually for free.

If you’ve ever seen it done on the movies you will probably recall some American college graduate standing on a road in the middle of no-where with a huge backpack strapped to his back and his thumb pointing towards his destination. That pretty much resembled my first time except I had a smaller backpack 🙂

What’s the deal with the thumb pointing anyway? Shouldn’t you just stand on the side of the road which runs in the direction you want to go? (I’ve only just gave this some real thought)

A lot of people will warn you against hitchhiking. Haven’t you seen the films where people are murdered whilst hitching a ride from some psychopath? Don’t you remember that one guy who killed all those backpackers who hitched a ride back in the 70s? There is enough negativity towards hitchhiking to put us off for life!

But away with negativity and forward with positivity! This world is full of many kind people who are more than willing to help others out when they need it. We should embrace this and trust in the fact that there are many genuine people out there. 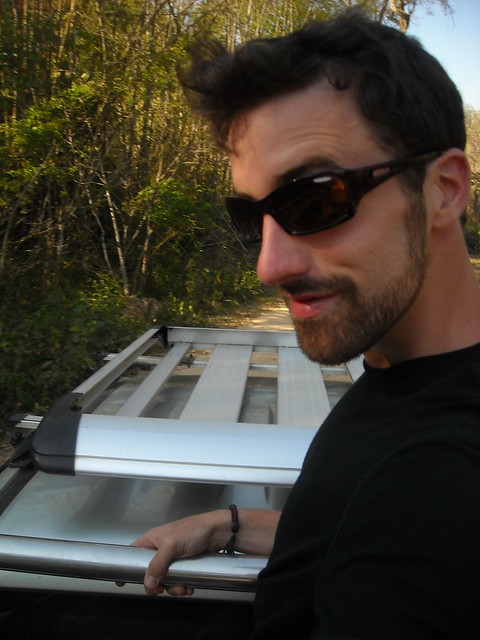 Hitching on the back of a pick-up truck! Don’t do this at home 😉

My first time hitchhiking was in Thailand. I had just left one of the National Parks and had no means of transport to get me to the next National Park thirty minutes up the road. I stuck my thumb out and within ten minutes I was on my way. The man who picked me up was very polite, spoke a few words of English, and even put some music on for me! Not only did he take me to the National Park, but he also drove me up the road and through the main entrance.

From that point on if I was struggling for transport (or I felt I was being ripped off) I would hitch a ride. Every single ride was perfect. The people were freindly and even after offering money towards petrol, they would never take it. From this amongst other things, I have very fond memories of the people in Thailand. The majority are very friendly and kind.

I’ll be honest with you, hitchhiking isn’t for everyone. It takes a certain amount of courage to stand at the side of the road and get into a car with a complete stranger but I can assure you that you will experience some great times doing it and it will improve your confidence too!

As always though, travel smart and if something doesn’t feel right, don’t get in, you have all the time in the world… right?

What are your thoughts on hitchhiking? Share them in the comments below.