Battling the rain in Ranong, Thailand 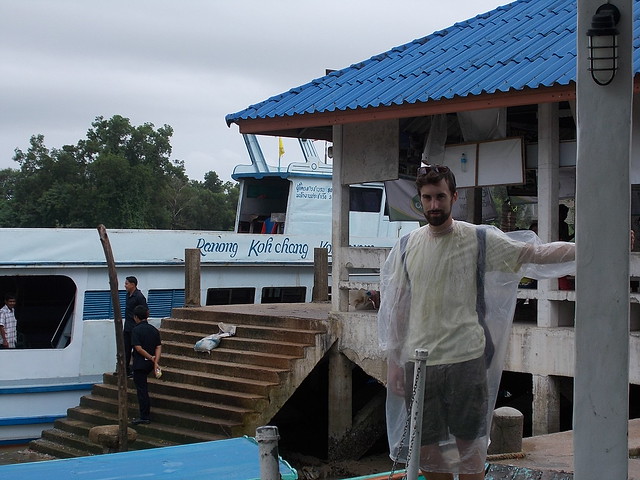 We arrived in Ranong to more rain. It was hard to keep our spirits high. The plastic rain coats we bought from Seven Eleven weren’t holding out too well and we were starting to get a bit wet. I was panicking about water getting into my laptop bag so we sheltered under some trees whilst we waited for the songthaew to pick us up and take us into the centre of town.

The centre of Ranong was wet and everything looked a bit dreary as most towns do when it rains. We quickly found a hotel which appeared – though unlikely – to be managed by two young boys. We quickly made it our home and re-positioned the bed to face the window and lay a few candles around the room. Settled into our new home for the next few days, it was time to explore! 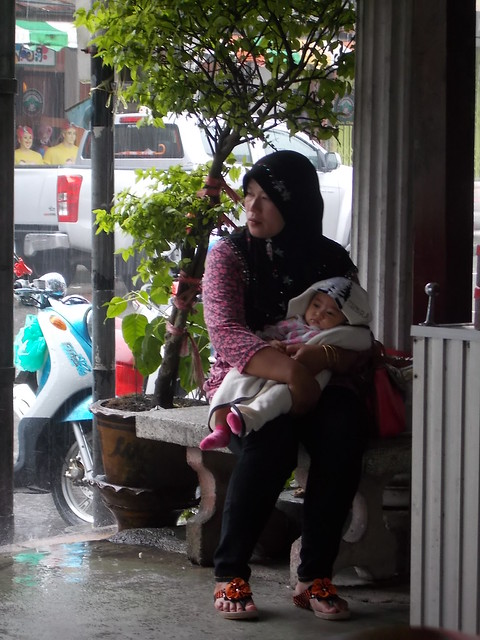 The restaurant bars were pretty cool in Ranong. We found a place to play pool and have a beer. That was the place where I quickly became addicted to the rum ‘n’ raisin ice cream which they had in the freezer. There was also a really nice Korean BBQ restaurant where we ate out a few times. They put on the table a big circular object which has a moat around the edge and a centre piece which rises from the middle. You fill the moat with broth from the tea pot and you place a block of duck fat on the centre piece which lubricates it in preparation for the meat to be cooked in it’s place. It was an interesting way to eat a meal and something I would love to do again. 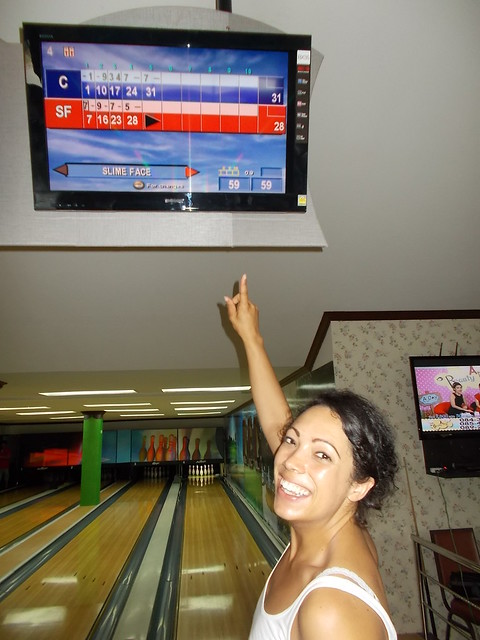 On the edge of town we discovered a bowling alley which was empty when we arrived. They had to switch the whole bowling alley on just to let us play. We felt very privileged. Who would have thought a small town like Ranong would have such a thing! The bowling was awesome and we racked up both a couple of games and a couple of beers along the way. All in a days work! Our wanderings also took us into a second hand clothes shop which had a very eclectic range of 80s shirts and tracksuits which I couldn’t help but try and pose in the most ridiculous way. 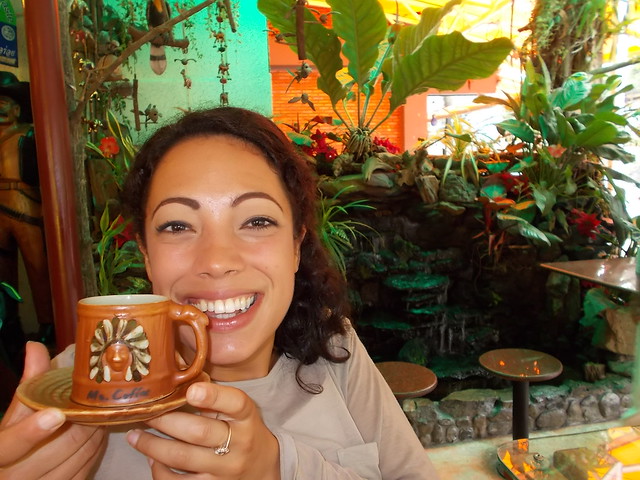 On our constant search for good coffee we were fortunate to be blessed with some great coffee shops in the town, one in particular which made the best Mocha frappé was just a few doors down from Seven Eleven. It was once a barbers but the young girl who bought it had converted it into a coffee shop and even kept some of the decor including the old barber shop chairs! Very hip I must say. 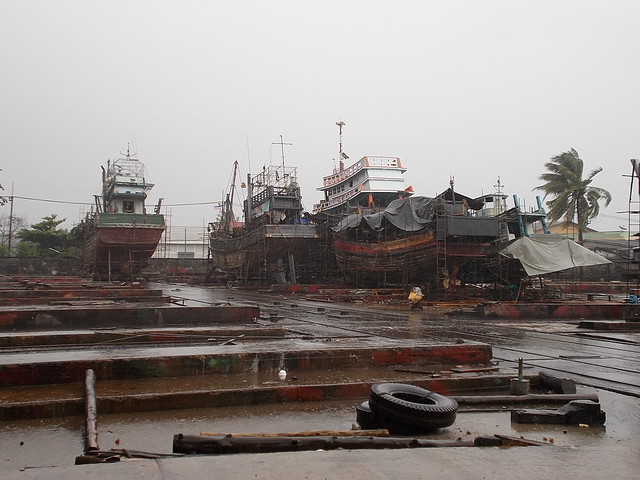 The reason we came to Ranong was so we could take the boat over to the nearby islands but the rain had not stopped and when we took a ride over to the port to enquire we were told that the boat services had all been cancelled. Instead we went on a bike ride and visited a ship yard (by taking a wrong turn) and the other port where you could take a ferry over to Myanmar. Whilst we sheltered at the ship yard we got some of the strangest looks from the locals who were sheltering under the same canopy as us. They must have been totally confused as to why any tourist would be there, so were we to be honest. 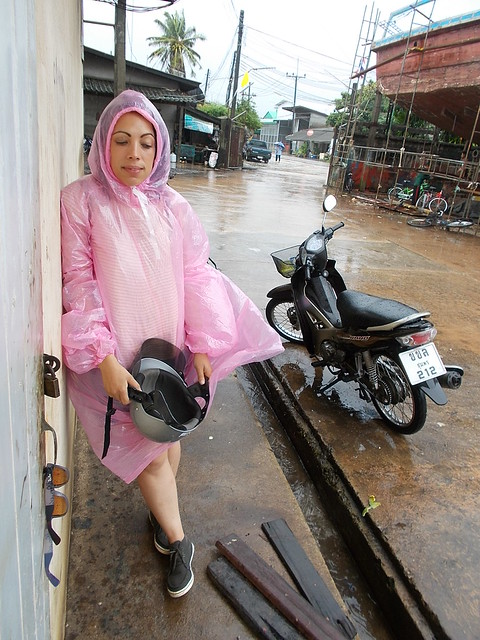 Sodden by the weather we shook ourselves dry and re-assessed the weather conditions across the South of Thailand. We were clearly in a storm over the West side so we decided to cross over to Chumpon on the East coast in preparation to take the ferry over to Koh Toh. We chose Koh Toh because it was apparently the less touristy of the three islands and offered less of a party atmosphere than it’s neighboring islands of Ko Phangan and Ko Samui. We were looking for a more chilled backpacking vibe and this seemed like the place to have just that.

P.S – Here is a video from the bowling 😛