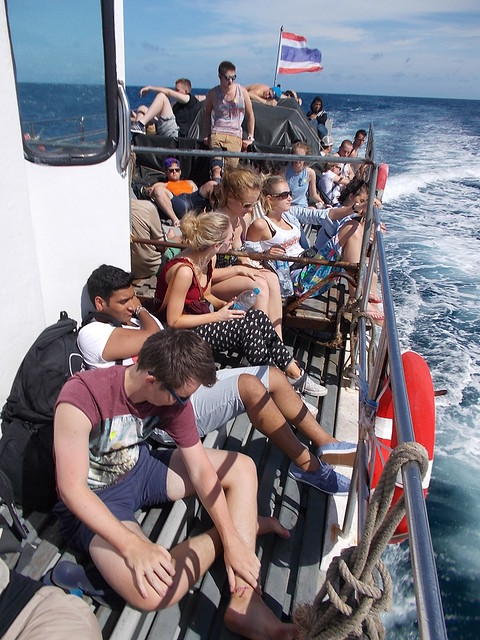 The sun rose higher into the clear blue sky bringing a welcome relief to the period of rain we had experienced over the previous week. Peering over the side I could see the parting of waves as they crashed and fell sending ripples over the water which glistened in the morning sun.

Green faces where in abundance which is usually the case when we choose to travel by water. I chose not to succumb to that feeling and kept my eyes fixated on certain points so as not to turn my stomach into the sea.

The cabin was piled high with backpacks from travellers who had come from all over the world to visit one, if not all of the islands that were situated just off the South East coast of Thailand near Chumpon. Koh Tao, or “Turtle Island” was our destination of choice. Home of the hawksbill and green sea turtles and a whole lot of diving resorts of which the island is renowned for.

As we pulled into the harbour everyone seemed to perk up a little. The docked boats rocked up and down in shades of turquoise green as the waves from our arrival lapped at the shore. A Thai flag stood rippling on a pole as red, white, and blue overlapped seamlessly in the wind. 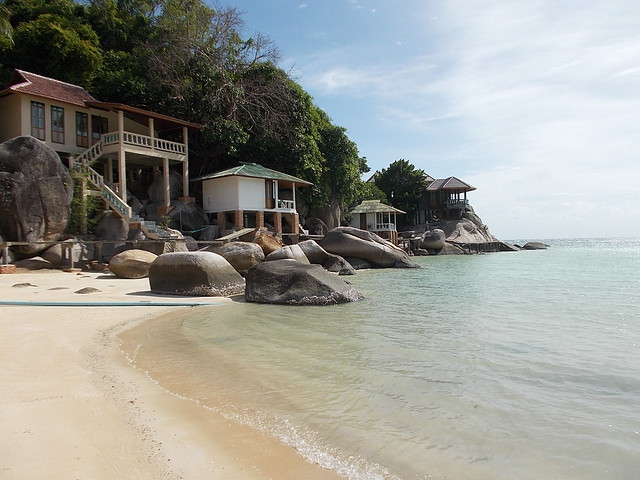 Our search for a place began as we headed off towards Sairee Beach with our backpacks loaded and our spirits high. We decided to stay about 5 minutes from the beach in a quiet location that was cheap enough to leave us with extra to spend on banana and peanut butter rotis of which the mere thought leaves me foaming at the mouth.

The island was touristy as you expect from most islands in Thailand but there was a pleasant feel to the place, a very laid back feel and a more mature crowd. Our plan for the next few days was to do some much needed sun bathing and to make the most of the excellent snorkelling that the island had to offer. 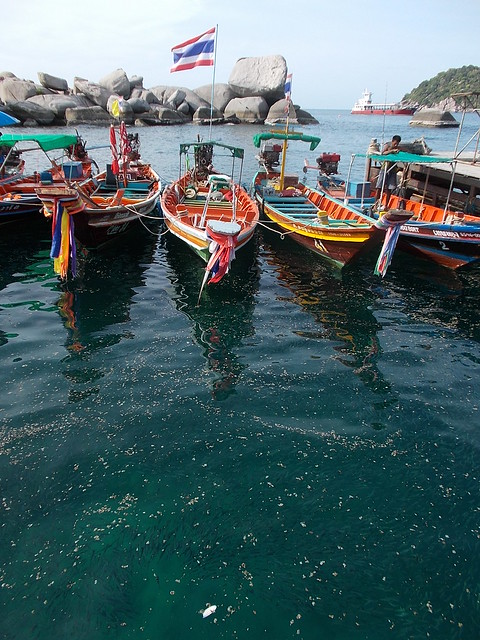 The school of fish swam confidently together creating a beautiful shimmer of blue as they quickly changed direction to avert the wiggling organism that was myself as I tried to master the technique of flippers. It was a totally different world down there, void of restaurants and the noise of passing motorbikes, nothing but the sound of your own breathing and the water as it supports your erratic movements as you see something else that captures your interest.

You become lost, not in direction, but in a moment, a moment that holds you in its hands and invites you to explore. Snorkelling delivered this in abundance, so much so in fact that one of my adventures left Louise in a bit of a worry after a few minutes turned into a few hours until I finally surfaced from the mystery below. 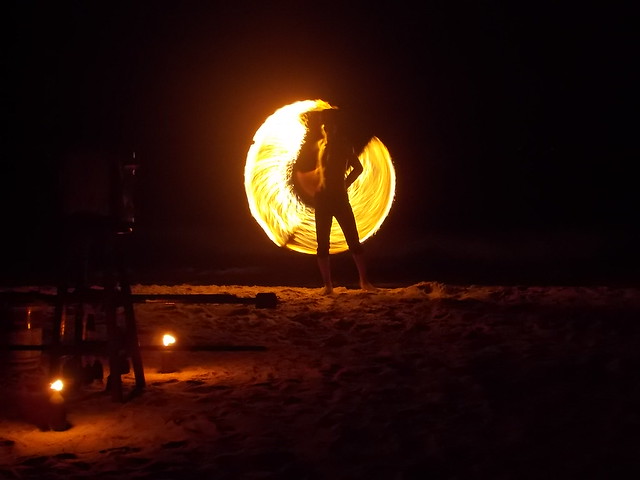 Food on the island was something of a discovery too as we were absolutely spoilt for choice with restaurants. One day we were eating stone baked pizza with a group of people and a movie on a pull down screen and the next we were eating fresh fish by the sea listening to the sound of the waves as we ate by candlelight. There was a place there for every occasion. From romantic beach walks to a chilled out reggae bar, or a cocktail bar with pumping house music and boys playing with fire (literally) it made our evening adventures a spontaneous free for all. 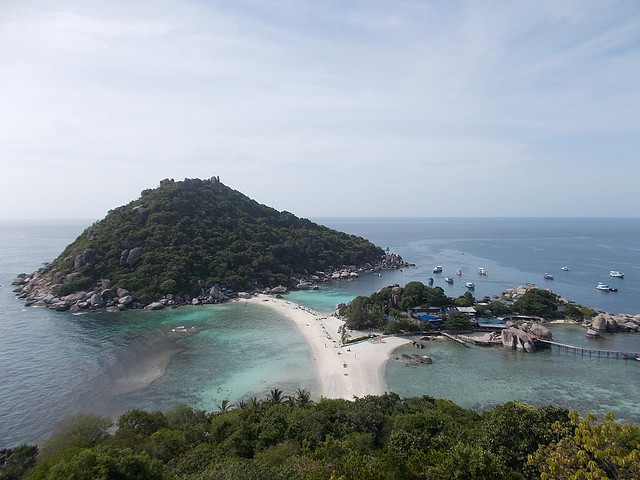 My hand grabbed hold of the side of the boulder and I shuffled my flip flops across the rockface until my hold strengthened enough to pull myself up and over the last hurdle which brought me neatly to the highest point on the neighbouring island of Koh Nang Yan. People stared up wondering how I had got there as I sat peering down over the sea and the island’s palm trees admiring the beautiful mix of colours. It was quite an impressive achievement considering I was wearing flip flops.

I had a really interesting experience snorkelling on Koh Nang Yan. I swam out quite far past all the other people until I reached the barrels which marked the limits of the snorkelling zone. It was there under the water that I saw the most beautiful sight as various schools of fish gathered around me showing off their bright, contrasting colours. I was so close I could touch them and they were showing me some serious interest. I did get quite concerned at one point when I had about 100 fish swimming around me in circles but as I started to move away they soon dispersed. Our ferry trip from Koh Toh has definitely been worth it considering it was only 30 minutes away. 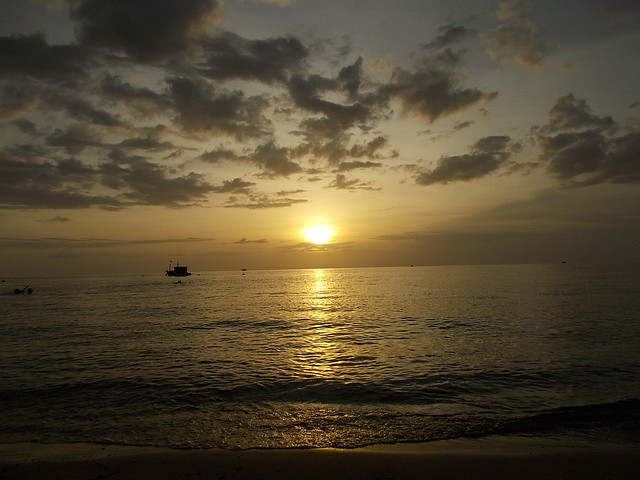 After seven days on Koh Toh we had the map out again and we were plotting our next destination. We were sad to leave the sun behind us and return to the main island which was likely to be wet. We decided we would stay a few nights in Surat Thani before heading into another one of Thailand’s awesome National Parks!

See you in the forest!

P.S – Here’s a little video from the viewpoint 😉